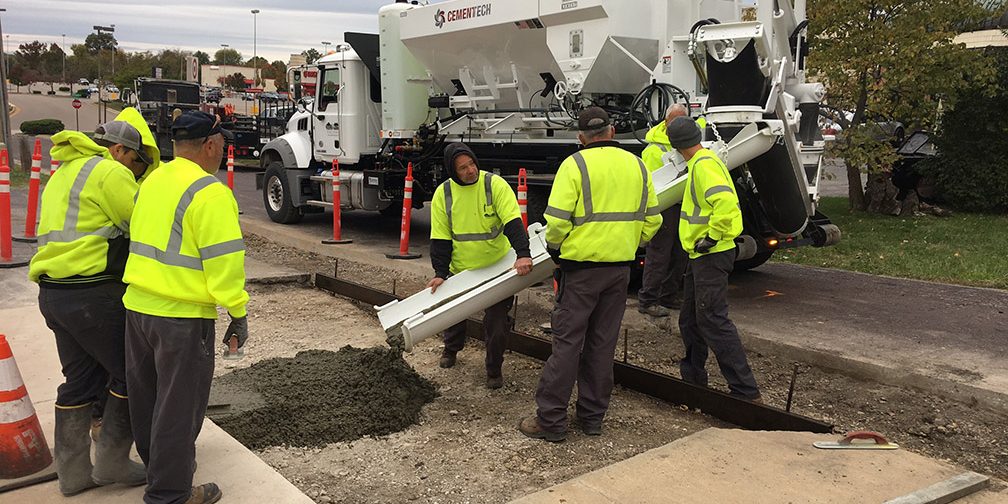 What Kind Of ROI Can I Expect From A Volumetric Concrete Mixer?

If you’re looking to purchase a new or used volumetric concrete mixer for sale, chances are a long list of questions forms during the search process. A common question relates to the return on investment (ROI) that the potential unit will provide, from tangible and intangible factors. For many Cemen Tech customers, the ROI they received were watershed moments.

Staying within, if not under, the budget is vital to any size of municipality. Unfortunately, these budgets can quickly become strained by small expenses, such as short load charges and additional time spent waiting for a concrete delivery that changed other projects on their schedule. The City of Baytown, Texas faced these challenges as the public works department tried to access concrete from a limited number of ready-mix plants in the local area.

Kevin Harvill, the assistant director of public works for the city, noted the department kept track of costs and expenditures for producing its own concrete from March 2013 to March 2014.

The results? Saving of 45 percent across the 1,726 cubic yards produced and poured by the city. Previously, the cost per cubic yard for delivered ready-mix was $96.40, plus outside delivery charges which averaged $4,700 each year. But with a volumetric mixer, Baytown slashed their costs to $54.45 per cubic yard.

“We paid for the vehicle [and silo] in 18 months,” Harvill said. “That doesn’t factor in soft costs, such as the elimination of downtime waiting for concrete.”

Before purchasing a mobile concrete mixer, the City of Ballwin, Missouri was paying $95 to $97 per cubic yard — including unused yards as was frequently the case when the city needed an amount under the five-yard minimum. But once the city added a volumetric mixer to its equipment fleet and began mixing its own concrete on an as-needed basis, the cost fell dramatically.

“I’m able to produce concrete from $60 to $67 a cubic yard,” Jim Link, City of Ballwin street superintendent, said. “The more we pour with it, the more cost-saving we will have.”

But the cost saving isn’t limited to tangible figures for the City of Ballwin and others who use these units.

When most people think of concrete work, images of crews pouring and forming concrete under a blazing sun during the summer comes to mind. For the crews working in these conditions — or less than ideal winter temperatures — the work must continue to meet deadlines. Yet, one intangible benefit for Link was the ability to give his employees breaks without sacrificing the overall schedule.

“It’s strenuous work doing concrete [but now there’s] less fatigue,” Link said. “At a moment’s notice, we can stop that handle on the truck and let them catch up or take a break.”

Not only volumetric mixers provide a positive ROI in the form of helping increase employee efficiency, but the ease of use can also open the door to increased business opportunities.

G &T Paving handles a wide range of concrete work throughout Brownsville, Texas, including paving, repairs, and utility work for the city itself. When owner Robert Gonzales added a C60 unit to the company, the unit quickly began to provide such an ROI Gonzales ordered a second unit.

“Within three months we were able to order another truck because I saw the production that we were getting from the first truck,” Gonzales said. “Our time savings has been cut in half. I can see that production-wise that we have doubled our production within the last six months!”