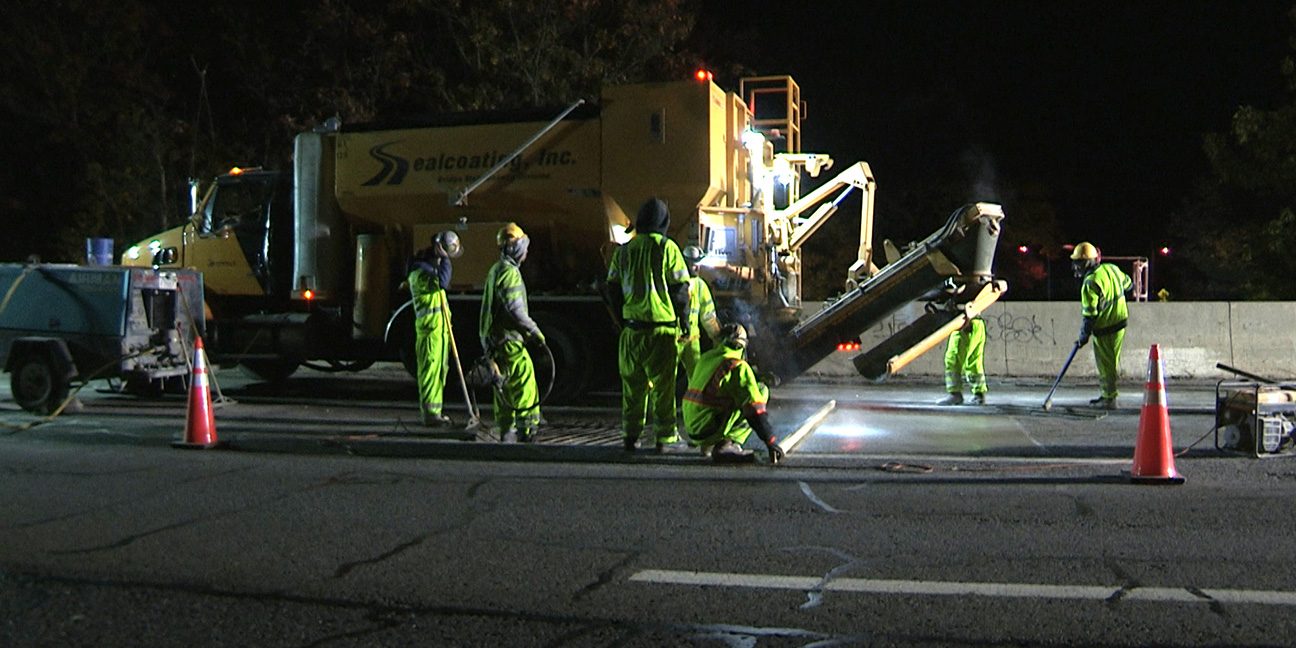 Which is worse — being stuck in traffic on your way to a road repair project with a fresh load of concrete or arriving on time but discovering it’s the wrong mix?

Depending on the design mix used, the fast-setting concrete cure time can be as little as one hour. This significantly reduces labor costs and road closures, providing a boon to all stakeholders involved. Read on to learn more about how Cemen Tech volumetric mixers are helping customers and motorists across the country achieve timely road repairs.

Precision Concrete in West Sacramento, California poured 130 cubic yards per hinge inside the 100-hour window of closure time allotted. According to Vincent Perez, bulk sales and project manager with CTS Cement Manufacturing, the use of traditional concrete would have required six-months to complete. But crews were able to meet the condensed timeline.

“For the last two hinges we did, we were only given three weekends to do all the work. That’s complete removal and replacement and reopened to traffic,” Perez said.

The key was using a continuous pour set up during the project duration. Aggregates were continuously loaded into the mixer, along with one-ton super sacks of fast setting cement. Because all concrete was batched on-site, crews were able to ensure the mix met all designated specifications and adjust if necessary.

“Controlling the mix, working with the crews, having the ability to make minor adjustments to the mix [such as] it’s with the amount of admixture that we’re doing, the versatility of the equipment,” he continued. “Everything about the volumetric mixers is essential and a very good benefit of incorporating the equipment into this type of specialty work, but also for the other projects and pavements we do here as well.”

A Cemen Tech customer since the mid-1990s, Rick Nation, owner of Nation’s Mini-Mix in Springfield, Oregon, understands the crucial nature of adhering to project deadlines set forth by Departments of Transportation. Along with concrete delivery, Nation’s Mini-Mix focuses on providing rapid setting concrete for road and bridge projects.

In 2016, Nation’s handled a 2,000 yard, two-month project for Interstate 5 in Seattle with continual monitoring from the Washington Department of Transportation (WSDOT). Though the project initially began with proving the value of the concrete and its production method, it resulted in another large-scale pour along the interstate in 2017.

Even with reflective cones and signs, and lights to illuminate dark sections of roadway, overnight highway repairs are dangerous for contractors and motorists alike. Safety coupled with austere deadlines means there’s no leeway for delays on these projects. For Sealcoating, Inc., a paving contractor based in Braintree, Massachusetts, using a Cemen Tech mixer streamlines the time and labor necessary.

After taking a section of pavement down to the rebar, the operator filled it with a fast-setting concrete — with the initial set developing 20 minutes after setting. According to Kenneth Jorge, foreman with Sealcoating, Inc., similar jobs are reopened to traffic an hour after the initial pour.

“Typically it’ll set within 20 minutes then within an hour you can put traffic on it,” Jorge said. “You can be poured out in 20 minutes. It’s [the mixer] is really easy to run once you learn it.”

Another advantage of using Cemen Tech M Series mixers is a lessened impact on the crew. Jorge noted before the company needed multiple employees on the truck with more placing and finishing. Now, an operator with two working the repaired section is all they need.

“It’s a lot quicker process and a lot easier on the guys,” Jorge said. “We really want to be pouring at a certain time so we could be picking up cones and putting traffic back on.”