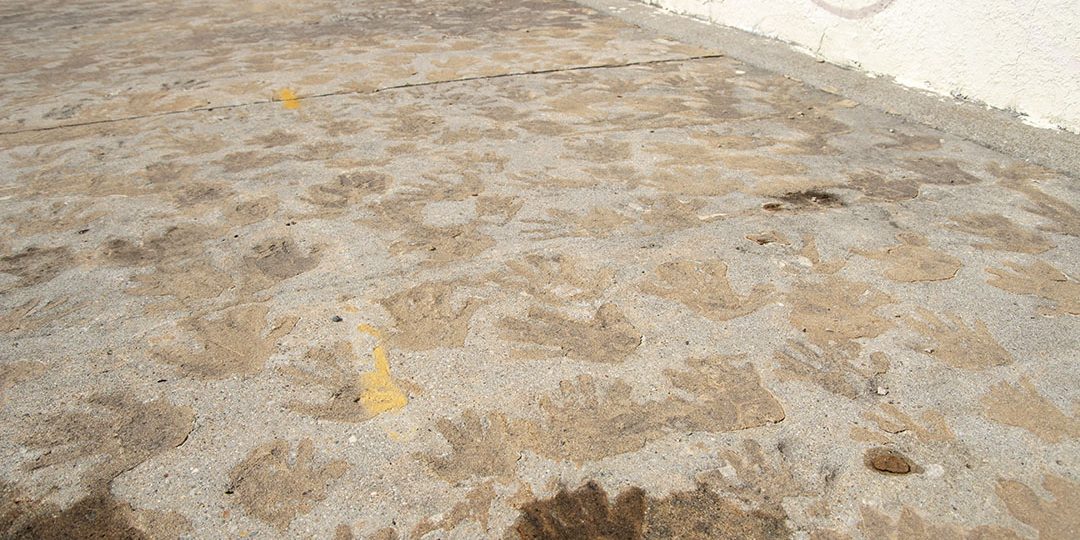 When upwards of 10,000 cyclists roll into Indianola, Iowa, July 23, 2019 with the [Des Moines] Register’s Annual Great Bike Ride Across Iowa (RAGBRAI), it will mark the second time the annual event has stopped overnight in the city. In 2009, Cemen Tech partnered with the city of Indianola to create a last memento of the event.

A 100-foot by 15-foot concrete slab with hand and footprints from several thousand participants.  The event was an attempt to break a Guinness World Record for the most hand prints in concrete from an organized bike ride.

A Cemen Tech M60 poured volumetric concrete in two-foot increments during an eight-hour period on July 21, 2009. Though the pour was ultimately a contribution to the city’s history, Cemen Tech was also able to demonstrate the versatility of our mobile mixers: producing small amounts of fresh concrete on-site without the restrictions generally found with traditional barrel mixers.

Ten years later, the hand prints — and several footprints — of 2,581 people are mostly visible in the walkway.

The Volumetric Concrete Mixer Seen Around The World
October 24, 2017