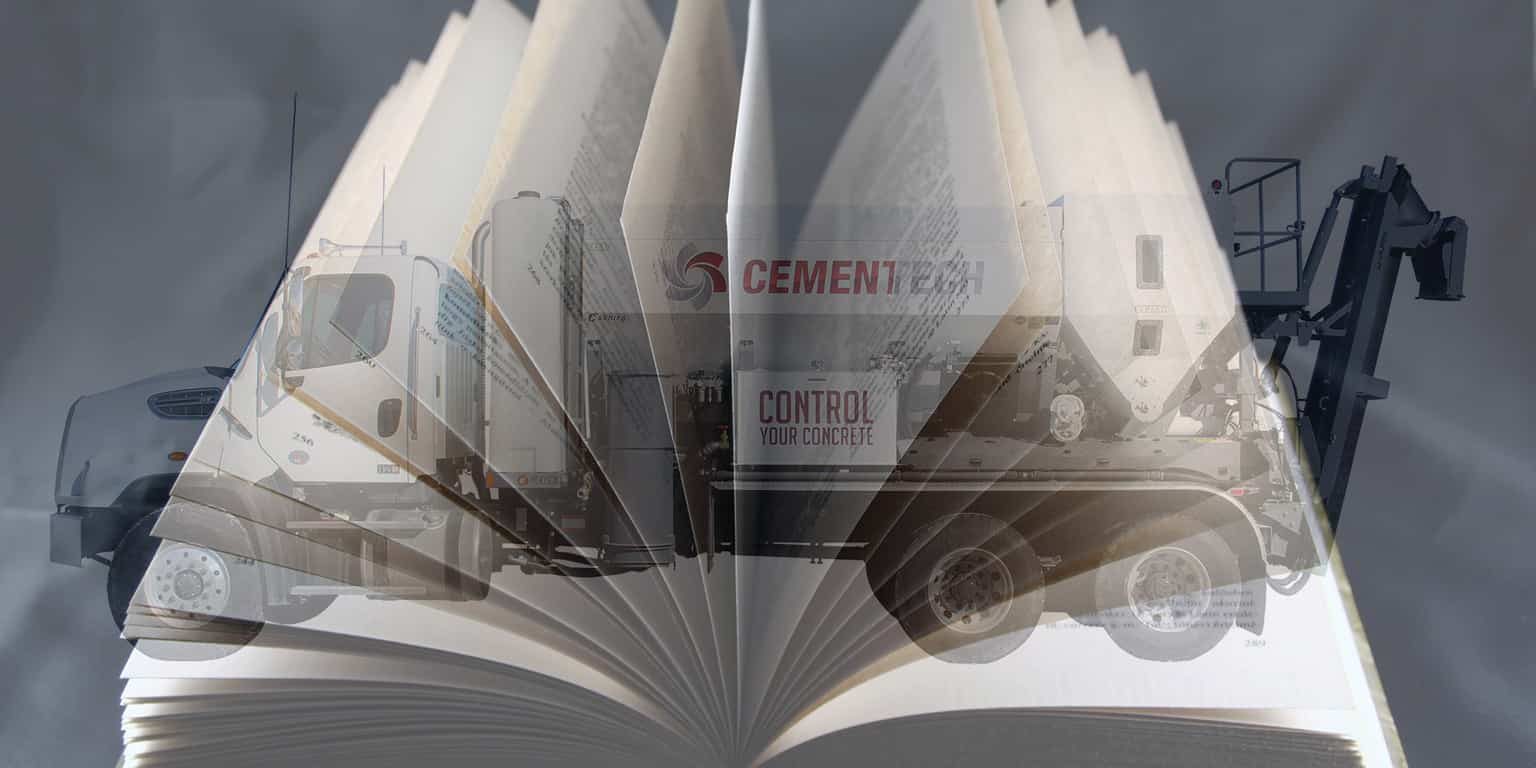 Brush up on your knowledge of a mobile concrete mixer by reading through these 20 common terms and definitions.

The admix control valves are manually operated and located close to the admix flowmeters in the control panel. They provide a means for controlling the flow rate of admixture into the concrete measured in your choice of measurement units.

This auger transfers the cement from the metering auger inside the cement bin to the hopper/mixer.

The conveyor belt assembly consists of two parallel roller chains with one-inch angle iron cross bars welded between their side plates. A two-ply rubber covering bolts to these crossbars to complete the assembly. The conveyor belt delivers the aggregates to the hopper/mixer.

The number shown on the digital register when the system with a recording system is being operated. This number is used during the calibration of the unit and the production of concrete to show the number of materials and the amount of concrete produced.

The flighting is the steel spiral welded to the center tube of an auger.  On the mix auger, the wear blades are bolted to the flighting.

An “interrupted” auger consisting of flighting and small paddles. A hydraulic motor drives the mix auger and provides the mixing action of the concrete. It’s equipped with long life Ni-Hard wear blades for increased durability.

All mix augers have an external or internal bearing to support the receiving (idler) end of the mix auger within the mixer trough.

Adjustable Tuff Tech strips mounted inside the sand and stone bins and on the center bin divider. It prevents sand and stone from leaking from the bins or from moving from one bin to the other.

Air-operated or electric-powered vibrators are used primarily in the cement and sand bins, and as optional equipment on the stone bins, to help with consistent material flow.

The water flowmeter, located in the control panel, indicates the amount of water flowing through the mix water system in either gallons or liters per minute.

Hydraulically controlled pump to provide water flow for mixing of concrete and washout.

A hydraulic control valve which regulates the water pressure in the water system. It’s recommended to run the pressure at 40 psi to 50 psi for concrete production. The water pressure, contained in the control panel, can be raised to 100 psi for washout.

If you have any questions about any of these volumetric concrete terms, be sure to contact us.